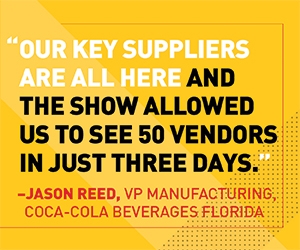 By Robert Hopkins | Events | No Comments

Come join us at the 2019 Pack Expo in Las Vegas, NV on Sep 23 – 25 for an amazing opportunity to connect with 30,000 packaging professionals. Our team at TES Equipment Supplier will be located at booth #N-203 so we hope to have the pleasure of connecting with you soon. We appreciate the opportunity to make your production run more smoothly.

Feel free to contact us in advance if you have any questions about our equipment. For more information call (801) 225 – 7040. 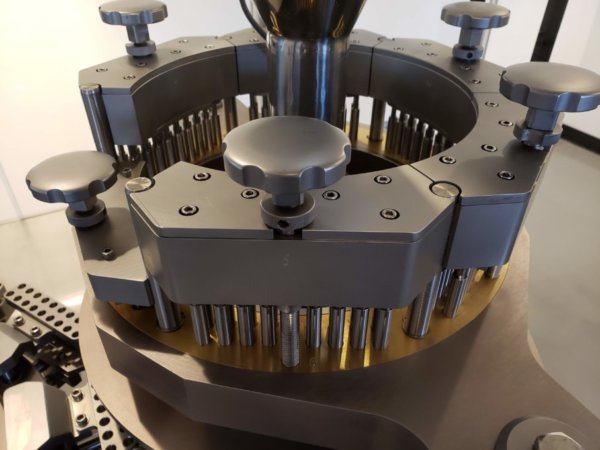 TES is always working to make things better for the customer. Better service, more options, better machines. This is part of a series of blog posts where we’re covering the improvements made to the TES Automatic Capsule Fillers for 2019. There’s an introduction to the new machines here, and a more in depth look at the Capsule Orientation Station changes over here.

In this post, we’ll be focusing on the changes to the Dosing Station in particular. Let’s take a look, shall we?

The first major change is the tamping head. In previous models of the TES 1200 and 2000, the tamping head was machined out of one large piece of brass. We’ve come up with something better now: an aluminum tamping head with a brass insert. We made this change for two reasons in particular, both having to do with the weight of the part. 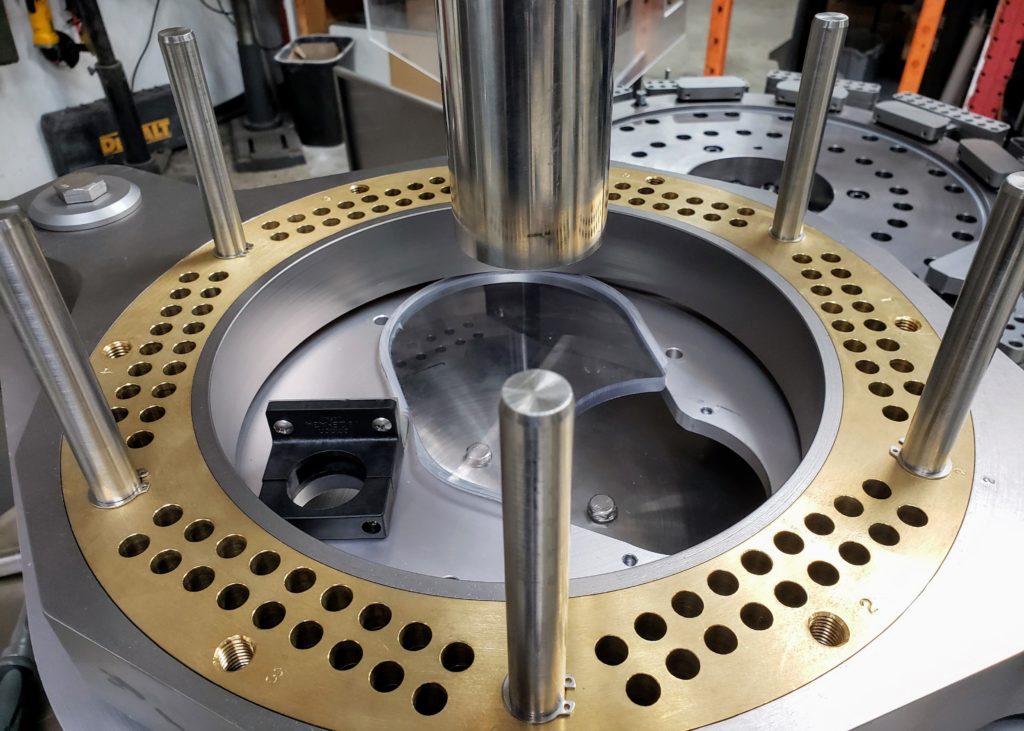 The new tamping head. Lightweight and just as reliable.

First was the worry that it would be dropped. Older style tamping heads are large enough and weigh enough that if an operator needs to remove it, clean it, and put it back on the machine, that can prove to be difficult without bumping the part around some. Brass is soft enough that a drop from just a few feet up could damage a bore to the point that the head wouldn’t work afterwards.

The second problem with extra weight has to do with movement. The heavier the head, the quicker it’s going to wear on the dosing cam and the dosing cam follower, and the more noise the machine is going to make. By keeping the tamping head heavy enough to form a good slug for your product, we keep the dosing station efficient. By lowering the weight to just what is necessary, we keep your maintenance costs down, and reduce noise. 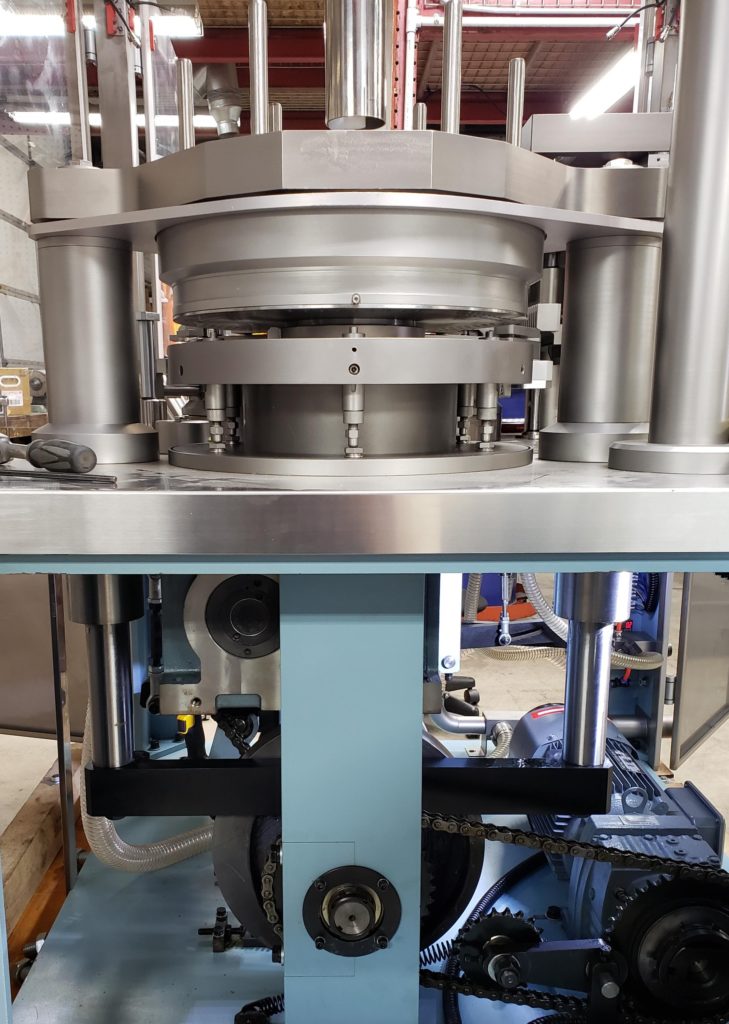 Dosing station: above and below.

The second change this year are the tamping blocks themselves. These blocks hold springs and pins that press into the product to form a slug. The springs and pins used to be held into the blocks by a plate on the bottom of the block that had some screws in it. Now, the bolts are a lot longer and go through the top of the block to hold everything together. This is to prevent the chance of a bolt coming loose and falling into the bowl during operation if it’s not tightened down enough before running. 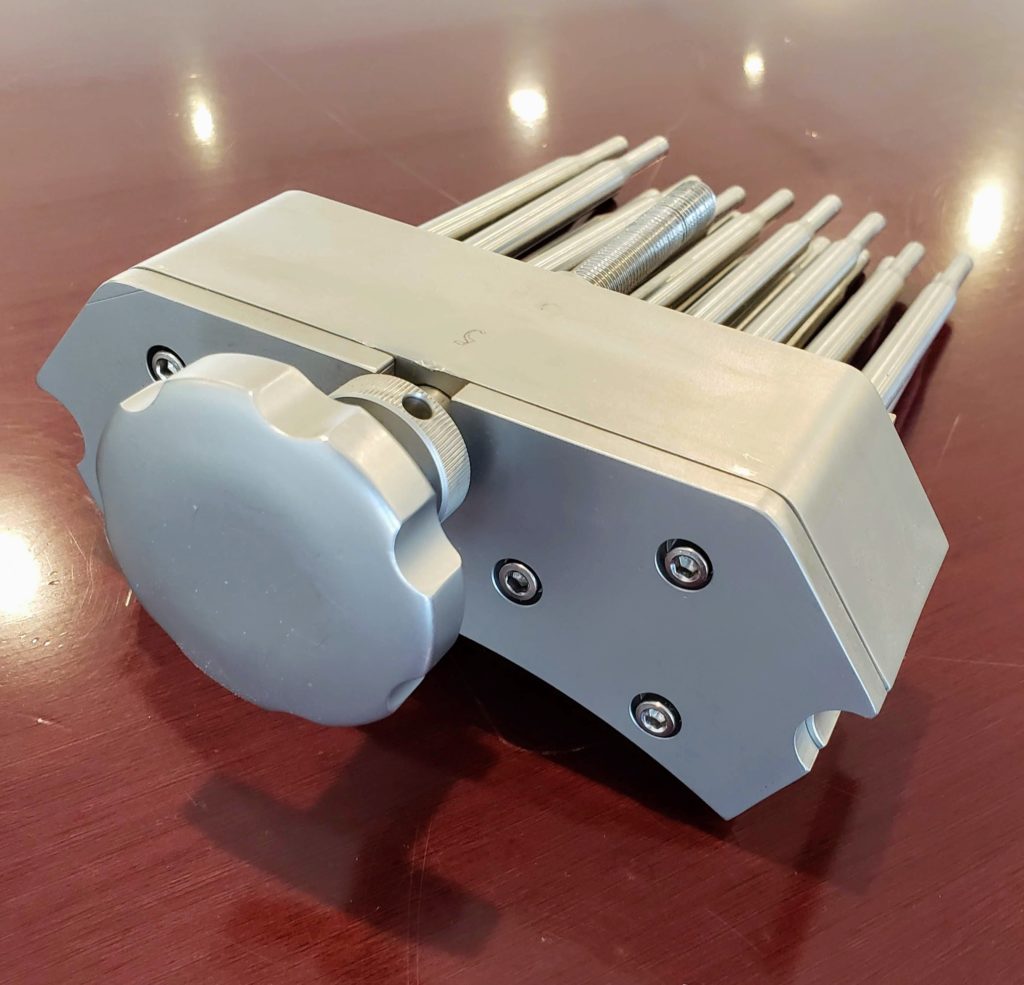 On top of that, when you take out the plate, the tamping springs and caps are held in the block with a different plate on top of the block, so now you can get the pins out without having to re-set all the springs and caps as well. We found a lot of people were trying to save time by just submerging the entire block to clean them. The springs aren’t stainless, so they would rust and then tamping became inconsistent, and customers didn’t know why. You still can’t submerge these blocks, (please don’t.) but getting to the pins and getting them put back together is a lot easier, so you can clean the machine the right way, but not have to spend as much time doing so. 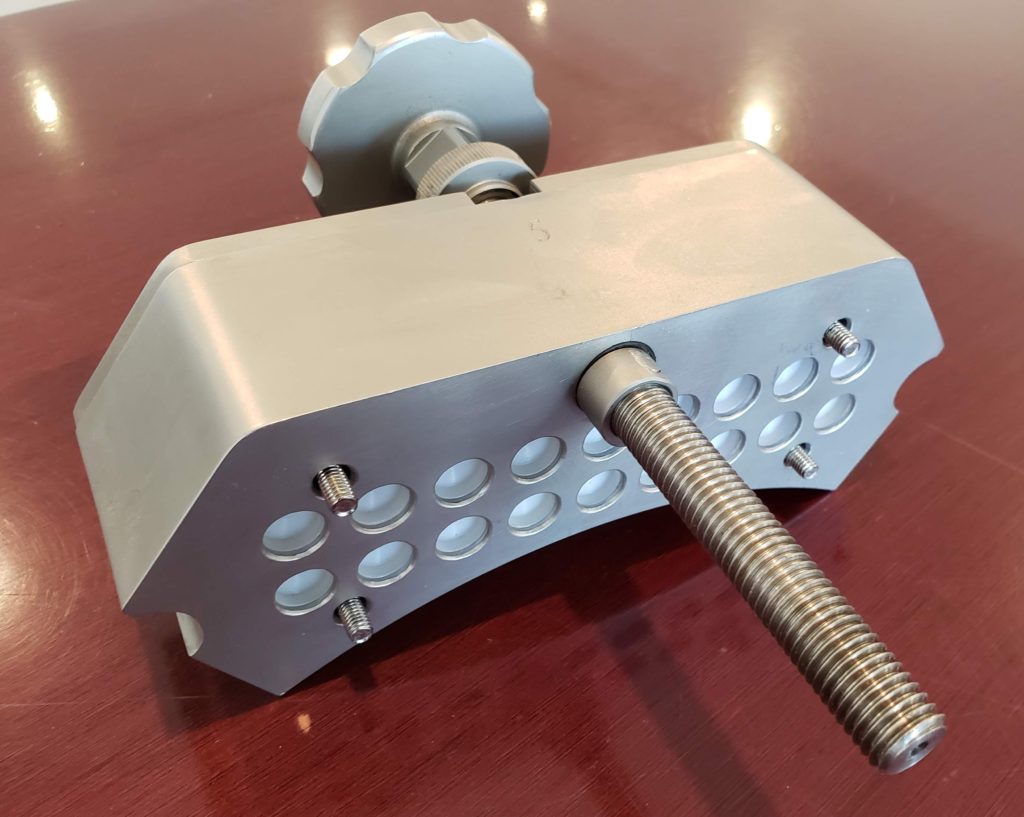 Bottom of the new tamping block with pin plate removed.

So those are the major upgrades to the dosing station with the TES-A series machines. Check out our final blog post looking at major changes for 2019 next. We’ll go over the changes to underneath the table of the machine in that post.